We are happy to announce that an alumnus from the Elite Middle All-Star Game has received a scholarship offer from the University of Alabama!

“Class of 2019 two-way tackle Keiondre Jones became the latest Youth1 alumni and 8th grader to receive an offer from a major university. Jones’s offer came from the University of Alabama.

Jones is a massive offensive tackle at 6’3” and 254 pounds. Hailing from LaGrange, Ga. he was featured on the class of 2019 Elite 101 list last year after a tremendous showing at the Florida/Georgia Future Stars Game.

Since then, Jones has been invited to and played in many all-star games including the Elite Middle School All-Star Game where he was featured by Youth1 as one of the top performers in the game.” Read the rest of the story by clicking here! 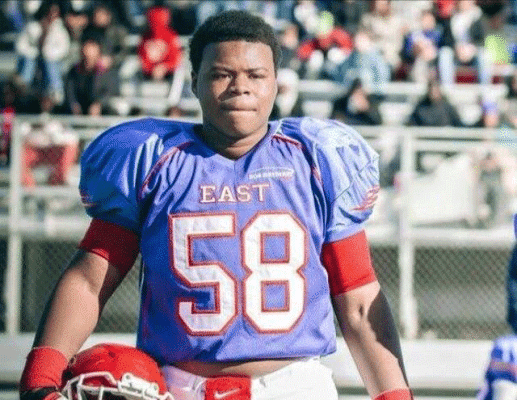 Class of 2019 tackle Keiondre Jones played in the 2014 Elite Middle School All-Star Game and now holds an offer from Alabama.